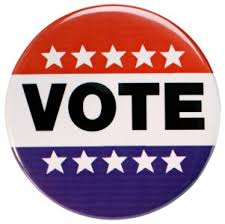 Today we have a new President elect. It has taken longer than normal for the results because so many people voted, both in the mail and in person so more votes than usual had to be counted. Some are angry and some are happy, but this is what happens when a Country is fighting for who they want to be President. First, this is a big turn out for voters, many voted by absentee ballot due to Covid-19 for the first time. Then we have a President elect who is the oldest in history to take office, and the first women of color as Vice president elect. This is no normal election year but nothing in 2020 has been normal.

I just finished a book about the women who fought for women’s right to vote. The struggles that they had to overcome; and the years of defeat in the process show that sometimes progress is slow, but in the end the fight won the vote. Now we have a female Vice president elect, isn’t this great?

What I do know from this election that will be different from the last four years is that President elect Biden will not be making fun of families like mine with a person who has disabilities. What I do know is that the President will not be telling supporters it is ok to act out in violence or give favoritism to certain people who he thinks are better than others. What I do know is that President elect Harris will give a voice to girls and women in a new way that is more representative of what is going on today. What I do know is that this team will show more compassion for us as a Country and for both sides of the political table. President Biden has been in politics a long time, he has over come big obstacles, and still managed to keep going. I believe he will help us build a better future because we can learn that sometimes life is not fair but we can still carry on.

This will be a future where kids like my brother do not have to turn on the TV and see a President mocking people with differences. People with disabilities are not weak, they are not to be made fun of, they deserve respect and so do we. Enough of the cruel and mean behavior. As a kid I do not understand all the bigger political issues and do not actually have a feeling about Republicans or Democrats, but I can make an opinion of a person’s feelings and character. When we discuss character traits in English class I like the ones who are kind, understanding, and not mean. I believe that families like mine will have a voice so that our voice can speak for those who cannot. I believe this new leadership will give my brother confidence to pursue his dreams without worrying that he is not equal to others. In 4 years my brother can vote and I want him to have good choices so that he can make decisions that suit him. Your vote is very important I can’t wait to be old enough to vote. I learned during this election how important every vote is, that every vote has a voice, and I want leaders who speaks to our Country as a whole, even if not everyone likes them.

What we can do is see our future, not as political parties but as kind people who want to be helpful and useful. We can recognize that we must stand up for each other and see different perspectives. We can lead by example and wear masks to defeat Covid-19. We are the kids who see change as a good thing. Girls everywhere can see the efforts of the women who fought not just for our right to vote when we turn 18, but now also that we can make it to the White House. We have come this far so in my generation I want to see a female President!